a blog about words and faith and life by Cindy Maddox 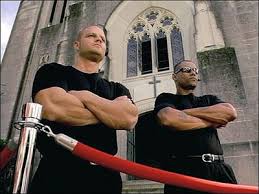 2011 was not a banner year for Christians. We saw some Christian pastors, churches, and politicians say and do some pretty un-Christ-like things. Some of them, like the pastor who burned a copy of the Koran and the deacons who physically attacked a gay couple, were soundly criticized for their actions. Others, unfortunately, have been allowed to spew their hatred in the name of God, with few voices challenging their authority.

Still, I was angered this week when I read an article by someone who agrees with me. The author was explaining why he no longer attends church, even though he believes in Christ. The bulk of the article was spent naming six churches that have done unchristian things–for example, a church in Kentucky that voted to ban interracial couples, and a church in North Carolina that removed a boy with cerebral palsy from worship because he said “Amen” too loudly. These congregations were listed as the reason the author has left the church.

I agree with the author that these are deplorable examples of “church” and have nothing to do with following Christ; however, he paints every church in America with the same brush. He claims that many sincere Christians can no longer attend church because America’s churches have hateful attitudes–not some churches or a few churches or even every church he’s ever known. “America’s churches,” the author said. And so he is leaving.

First, let me say that if we all were to leave organizations or institutions that have members of whom we are ashamed, not one of us could belong to a political party, alumni association, or even the PTA. So leaving all churches because some churches are hateful is a bit like getting a divorce because Kim Kardashian’s media event undermined the institution of marriage.

More importantly, if we were to follow the author’s example, we would be defining the church by its very worst  manifestations. My church is nothing like these churches, and frankly, I cringe whenever churches like this make the news (or youtube or Facebook) because I know some people will react like the author of that article did–they will assume that’s what churches do. They will assume that all Christians are racist, homophobic, xenophobic hate-mongers. Even if people realize these stories represent aberrations rather than the norm, they still may not know that there is an entire world of Christendom at the other end of the spectrum.

We in the mainline and progressive churches spent too many years letting our ultra conservative cousins speak for all Christians. We sat wringing our hands, complaining, “But that’s not us,” while doing nothing to challenge their right to control the message. Then we wondered why people think so poorly of Christians. Fortunately, we have done better in recent years. The United Church of Christ ran an ad campaign that highlighted the problem of exclusionary attitudes in churches. Progressive pastors of all stripes have been working hard to get on the news shows to present our views. But that message doesn’t go viral. A reasonable message of love is not “clickable.”

So we have to do better. Those of us in progressive churches have to stop trying to be all things to all people and instead be the church God calls us to be. We are not called to be the church that offends no one but the church that welcomes everyone, especially those who are not welcome elsewhere. We must not give in to those who would exclude in the name of God in order to grow our numbers or appeal to a wider market. There are plenty of churches for those who worship a judgmental God. We better be the opposite, or we have little reason to exist.

We have to do better as individuals, too. If we are to counteract the loud voices of hatred in the name of God, we must be willing to step up to the microphone ourselves, even if that mic has a small audience–like the office break room or the family reunion. Perceptions are changed because of relationships, not ad campaigns.

Yes, there are Christians out there who are giving Christians a bad name. But if people think that all churches are hateful, then it’s our fault for not showing them an alternative. We must be willing to speak up . . . or we give up the right to complain when others speak hatred in the name of our God.